Improving Health, Changing Lives: How a Faculty Member’s Research and Alumni Are Working with Camden Communities 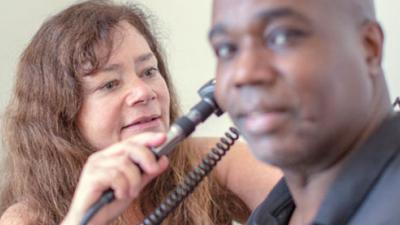 Kathleen Jackson is a nurse practitioner and clinical assistant professor at the Rutgers School of Nursing–Camden.
Related Links

The first thing Kathleen Jackson did was listen.

A nurse practitioner and clinical assistant professor in the Rutgers School of Nursing–Camden, Jackson received a Take Care Health Promotion grant from the American Association of Nurse Practitioners, an organization that had previously honored her with its state excellence award. The small grant sponsored focus groups in Camden neighborhoods in 2015 to research the health-care concerns of residents.

“That was really helpful in finding out from people what the issues were,” Jackson said.

The discussions revealed multiple health issues related to social conditions, such as poverty and a lack of jobs with a living wage. Jackson’s research, when coupled with collaboration with other Rutgers–Camden faculty and students and community organizations, made it clear there were two issues to work on straightaway: Camden families wanted better access to fresh produce for healthier diets, and many did not have access to consistent, quality health care.