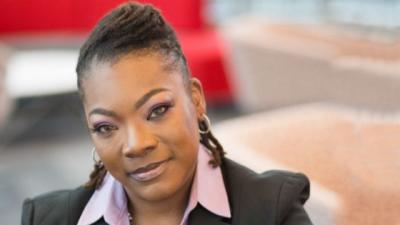 When Serena Natal saw how the opioid epidemic was devastating individuals and families in recent years, she knew she had to take action – and, in some situations, resort to using life-saving measures.

A psychiatric nurse practitioner, with a doctorate in nursing practice (DNP) from the Rutgers School of Nursing–Camden, Natal has worked with patients with drug- and alcohol-use disorders through most of her nearly 20-year career. Over the years, clients with an alcohol-use disorder remained constant, but she saw the use of other substances increase starting with crack cocaine. Then, more and more, it became opioids.

“Every week, I’ve encountered someone who was affected by an opioid overdose some way or somehow,” says Natal, “whether it was a client of mine, the family member of a client, or a staff member’s family member.”

According to the Centers for Disease Control and Prevention, more Americans die each year from drug overdoses than in motor vehicle accidents, and the majority of those overdoses involve prescription medications. In response to the national opioid crisis, the American Association of Colleges of Nursing (AACN) has increased its efforts to address the prescription drug abuse and heroin epidemic in the United States by partnering with more than 40 other healthcare provider groups to launch a national nursing education initiative among AACN's members and lending support to an important public awareness campaign.