Gun Violence: Why I Became a School Nurse Activist 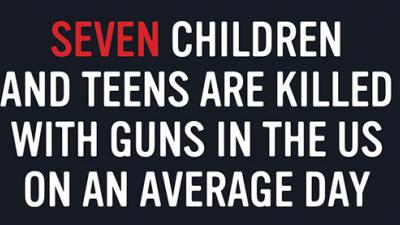 In 1949, Robin’s father Charles Cohen, who was 12 years old at the time, survived the Howard Unruh shooting in Camden, N.J., by hiding in a closet while the gunman murdered his parents and grandmother. Recognized as the nation’s first mass murder, Unruh killed 13 people using a 9mm handgun he bought in a store. Fast-forward to February 14, 2018 when Robin’s niece, Carly Novell, hid in a closet with her classmates to survive the shooting at Majory Stoneman Douglas High School in Parkland, Florida.

Moved by this story of generational trauma, Congressman Donald Norcross (D-NJ 1st District) invited Robin and her niece Carly to be guest speakers at a recent gun safety town hall he hosted to address student safety and sensible gun control.

Robin opened her remarks to the standing-room-only crowd with, "I want to talk about understanding and recognizing there are people in this room who may be on very different sides of this issue. But I think we can come to a place of shared value around the issue of keeping our kids safe."

America’s gun homicide rate is more than 25 times the average of other high-income countries. In response to the mass shooting at Marjory Stoneman Douglas High School, the American Academy of Nursing and 96 organizations, including the School of Nursing–Camden, delivered a letter on Feb. 27 urging Congressional leadership to launch a bi-partisan National Commission on Mass Shootings.

"As nurse leaders who appreciate and understand that knowledge is power, we must learn as much as we can and become informed about understanding all sides of the gun issue. After you educate yourself, educate your family, friends, and community about how gun violence is a public health issue. Then leverage your influence as a health professional, contact your elected representatives, and demand a plan to end gun violence," said Donna Nickitas, who will lead the Rutgers School of Nursing—Camden as dean on July 1, 2018.

Robin writes about her family's experiences and her gun violence prevention mission, “Why I Became a School Nurse Activist,” in the March/April 2018 journal Nursing Economics. Robin is a school nurse who works in the City of Camden and serves as an adjunct faculty member with the School Nurse Specialty program in the School of Nursing—Camden.