Home » News » Equal Pay for Equal Work, Not in Nursing. Why?

Equal Pay for Equal Work, Not in Nursing. Why? 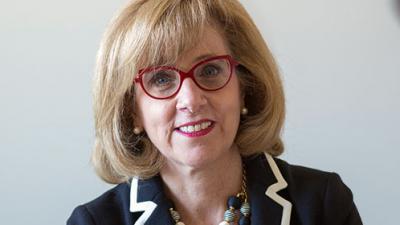 There is a persistent salary gap within the nursing workforce. It is both harmful and discriminatory. The job of the professional nurse regardless of health care setting is the same but the pay is different. Why the salary gap when male and female nurses are doing the same job? The answer seems to be gender. Donna M. Nickitas, dean of the Rutgers School of Nursing–Camden, calls for closing the gender pay gap in nursing in a recent op-ed she contributed to the journal Nursing Economic$.

A new national salary research report by Nurse.com revealed that even in an industry where women have predominated for generations, male nurses earn significantly more than their female colleagues for doing same job. In the nationwide sample of 4,126 women and 394 men, men earned an average of $79,688 a year compared to an average $73,090 for female nurses; a difference of nearly $6,600 (8.2 percent).

“Gender bias is alive and well in nursing,” stated lead study author Jennifer Mensik. Data indicate an increasing proportion of men in the registered nurse workforce. Among respondents licensed prior to 2000, 5.8 percent were male, while of those licensed between 2013 and 2015, 14.1 percent were male.

All nurses should learn how to negotiate their salaries in advance of accepting any employment opportunity. Do not accept a job offer without placing a counteroffer on the table, no matter how much you want the job. Employers expect counteroffers will be made by the new prospect. Be prepared to negotiate and have your salary number ready in hand. Education, certification and tenure in nursing are all factors that influence negotiation power. Mensik noted that male nurses with a specialty certification had a mean salary of $81,672 and females with certification had a mean salary of $80,420. That closes the salary differential from more than $6,000 to only about a $1,000 per year.