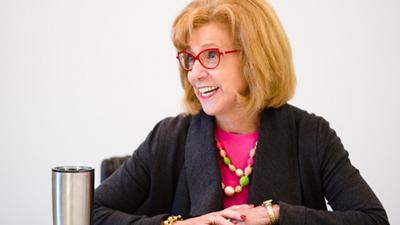 “The costs of economic discrimination as well as gender discrimination impacts the business case for caring,” said Donna M. Nickitas, Ph.D., R.N., N.E.A.-B.C., C.N.E., F.N.A.P., F.A.A.N., dean and professor, Rutgers School of Nursing–Camden, and editor, Nursing Economic$. “The historic and profound discrimination of women in nursing throughout history has never been adequately addressed.”

In a recent Oncology Nursing News article, “City of New York Acknowledges a Nurse's Job is Physically Taxing - to the Tune of $20.8 Million,” Dean Nickitas contributes her expertise about a $20.8 million settlement New York City agreed to pay for its nurses and midwives who filed federal discrimination charges against the Justice Department, claiming it did not recognize their work as “physically taxing” compared with City employees who were predominantly male in physically demanding roles.

According to the article, the settlement, subject to court approval, will enable the proposed class of approximately 1665 registered nurses and midwives, hired by the City from September 15, 1965, through March 31, 2012, to receive between $1,000 and $99,000, depending upon their years of qualifying service and the number of years earlier they would have been eligible to retire.

The settlement is part of a much bigger picture that highlights the value of the nursing profession, women’s roles in it, and the difficulty involved. “The discrimination suit and the settlement highlight that there are laws at work to protect nurses especially, but that nurses are in a (protected) class,” added Margaret Barton-Burke, Ph.D., R.N., F.A.A.N., a colleague of Dr. Nickitas’ who serves as director of Nursing Research at the Memorial Sloan Kettering Cancer Center. Both Barton-Burke and Nickitas expressed hope that the suit will raise public awareness about the value of nursing.

Dr. Nickitas is widely recognized as a champion for the contributions nurses –a profession made up predominantly of women– make as change agents and the power of nursing knowledge to influence patient care, health policies, and the profession.

Since 2008, Dr. Nickitas has served as the editor of Nursing Economic$, a journal dedicated to giving a voice to nursing leadership and innovation. Her editorials inspire, enlighten, and motivate nurses to seek positive solutions to issues and trends affecting nursing and health care.

She is the author, co-author, or co-editor of peer-reviewed books related to the nursing profession such as Public Policy and Politics for Nurses and Other Health Professionals, second edition (2016, Jones and Bartlett) and Reviews & Rationales: Nursing Leadership & Management (2009, Prentice Hall Health).