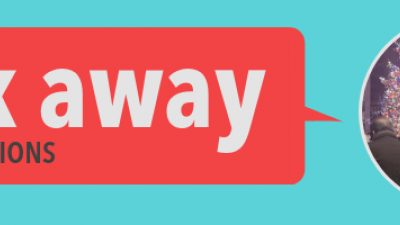 Meet Karina DeCasablanca, an undergraduate nursing student at the Rutgers School of Nursing–Camden and Heritage Speaker of Spanish, who recently answered five questions asked by Lead with Languages, a national campaign aimed at making language proficiency a national priority. As an aspiring air force nurse or nurse anesthetist, and translator, Karina has seen first-hand the impact that her language skills can have in providing care and assistance to those without English proficiency.

“I want to be a Spanish translator in the hospital as well as being a nurse. I want to be able to translate for my patients whenever they need it. Minority populations are on the rise and staff needs to be prepared and ready at any given moment," says Karina.

Learn more about the Rutgers–Camden “Spanish for Health Professions” course and related internship experiences at these links, as well as about the value of language skills in closing the gap on access to quality medical care for those in the U.S. who speak languages other than English. The Lead for Languages campaign raises awareness across the U.S. to motivate people to take action around the rapidly rising importance of language skills to a wide array of careers—and to our nation’s economy, national security and international standing.

Read the Lead with Languages story »